The spread of COVID-19 has affected people in large numbers. Since the second wave has hit India many states have faced a shortage of oxygen cylinders, ventilators, Medicine and other basic medical infrastructure. There is no doubt that the COVID-19 was Chinas fault and not PM Modi’s fault.

Andhbhakts of congress and left leaning people have been criticizing PM Modi alleging that it was due to him that led to the second wave for not being prepared beforehand.

Print Media like The Print, wire, guardian, scroll and many more have been putting bizarre headlines accusing PM Modi of the second wave and brainwashing the masses by trying to portray the Prime Minister in a bad light. States are playing a blame game by bombarding PM Modi with letters, criticism, accusations when the opposition should be standing rock solid with the centre and the people of this country. When will the opposition learn to come together? It is really sad that even after Health being a state subject the states actually failed to manage and prepare beforehand and now are going around and blaming their incompetence on PM Modi, strange how they don’t question the ruling government as a whole but only question PM Modi.

Prime Minister Modi had warned states beforehand asking them to immediately take decisive steps to prevent COVID-19 or else there will be an outbreak, the second wave hit hard India in March.

On 17th March while speaking to the Chief Minister’s, PM Modi urged all states and Union Territories to act immediately to stop the outbreak of COVID0-19 by creating micro-containment zones, all states should increase testing, Maximum vaccination to be given out, and minimalizing wastage.

Speaking at the interaction with Chief Ministers. https://t.co/s0c7OSK8zK

Let’s not forget that when the outbreak of the Chinese Virus was seen last year, India was the country that led it so well, we were not only producing vaccines but also supplied them to other countries. The condition and the management were done far better than other countries and now in the second wave is it fair to only and only blame the Prime Minister of India?

What are the state heads doing with our taxes? Why are people not getting the facilities they pay their taxes for? Chief Ministers argued that health is a state subject and do not want the center to interfere.

Arvind Kejriwal, Chief Minister of Delhi (AAP) was pulled up by High Court for an increasing number of cases in Delhi as well as the lack of oxygen supply. Arvind Kejriwal alleged that the oxygen supply coming from INOX was being diverted to other states.

However the Director of INOX Siddharth Jain said that “they have met with every demand made by Delhi Government (AAP), there were some issues in logistics due to the high demand but the needs were always met’’, he further added questioning the states, what do states exist for? The Union Government cannot go and pick up oxygen from one place and deliver it to the other place, it is the job of the states to allocate the deliveries and to take account of the logistics.

While it’s very surprising that Arvind Kejriwal has been accusing centre and private firms of not supplying enough oxygen to Delhi but sternly refused for auditing oxygen consumption in Delhi against a plea filed by the Centre. Not only this but after refusing an Audit, Kejriwal led government AAP also told the Court that they have a surplus of oxygen and would also supply it to anyone if needed to help other states as well.

So if there was oxygen with the Kejriwal led government then why was it not being given to the one who needed it and was suffering?

The opposition seems hell-bent on just blaming PM Modi very conveniently for everything be it farmers protest or even COVID-19. It was Arvind Kejriwal, Congress and other parties who went on to support the farmers’ protest and were even seen standing next to the farmers’ protest, where are the COVID-19 norms? Were they followed at all for the farmers’ protest? The farmers feel that COVID-19 does not even exist at all.

According to reports from Swarajya, data suggests that the huge spike in numbers and cause of the second wave was due to the farmers’ protest and not the kumbh Mela.

Analysis of data shows that the second wave began in Punjab in early Jan 2021 and not in Maharashtra. The spike started from Punjab, the farmers protest and spread very quickly.

The chronology of the spread was through Punjab, Haryana onto Delhi.

The data is publicly available—origins of the second wave can be traced to the heart of the so-called farmers’ agitation, from early January 2021.

Additionally, the spread of the second wave mirrors the movement of the protests.https://t.co/9TwfUZv3Hz

A large section of media is not even talking about the Tool Kit that was made by the Congress party and was circulated with the sole agenda to malign PM Modi’s image. The issue is not the tool kit but what is in it. Every time a tool kit comes to light, a conspiracy hatches out of it and the Congress Party self exposes itself nevertheless, they call it fake.

From blaming the Kumbh Mela to blaming PM Modi for the second wave, a section of Indian journalists used certain words like ‘super spreader’ for dumping the onus of the second wave on a Hindu ritual. The tool kit also mentioned how politicians and others hand in glove will not utter a word on Eid.

Here is the comparison between how the so called journalists write for Kumbh Mela and how they write for EID. 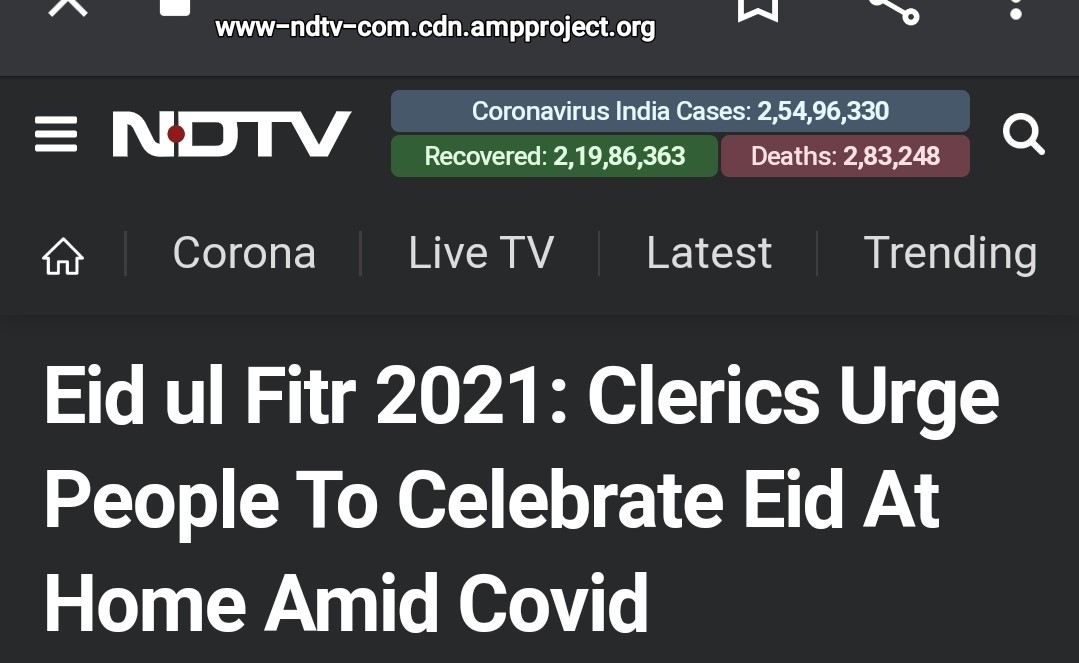 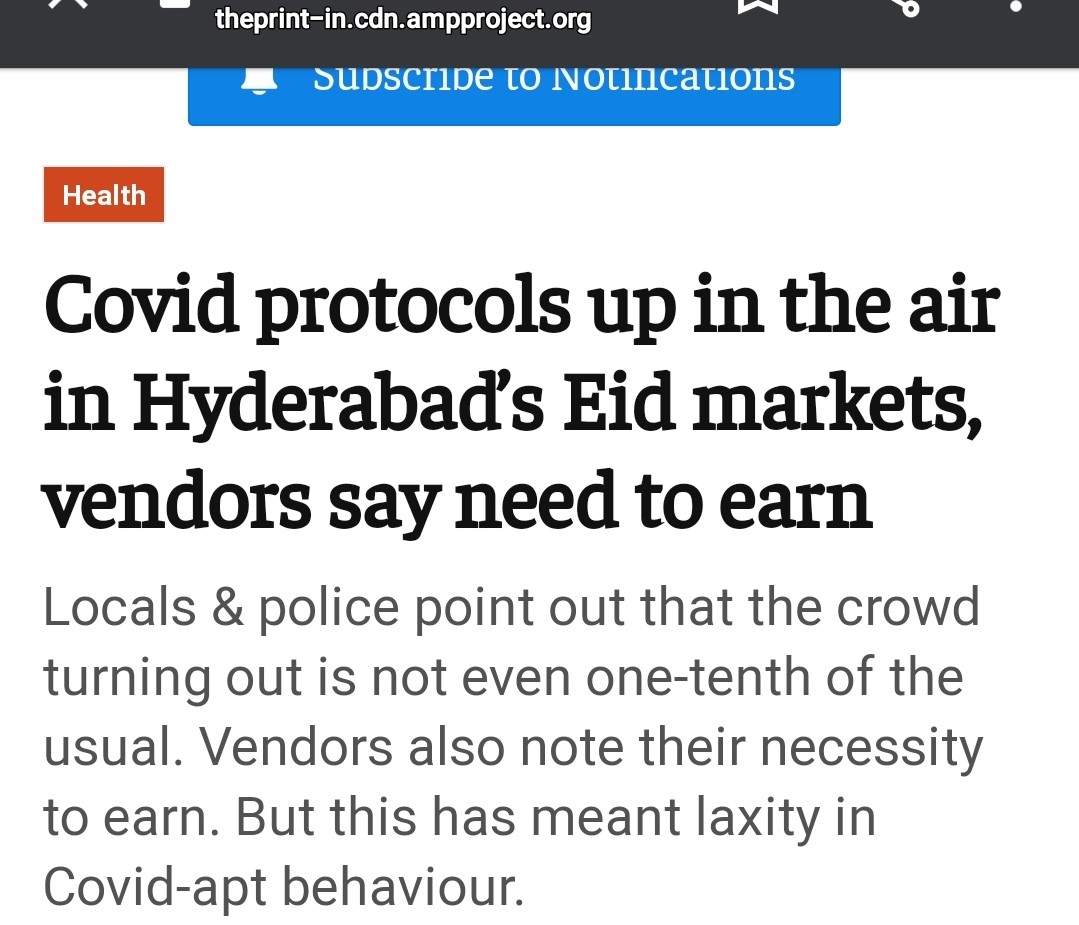 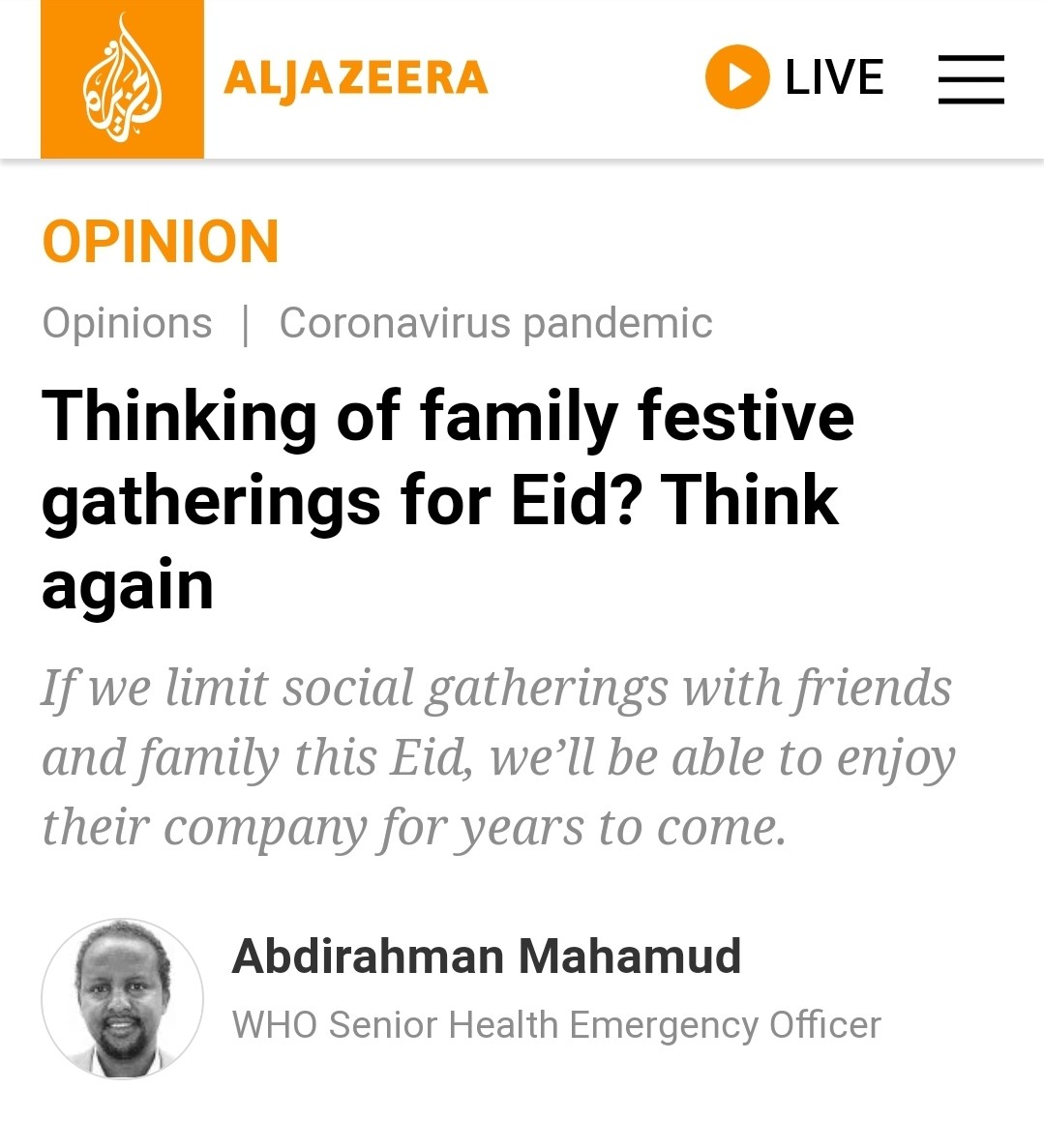 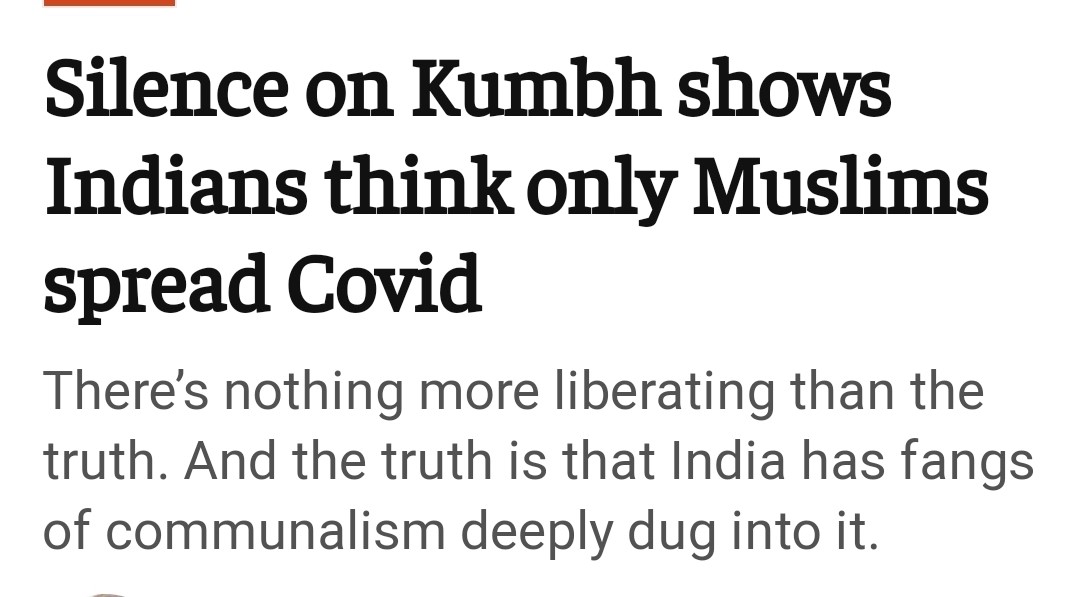 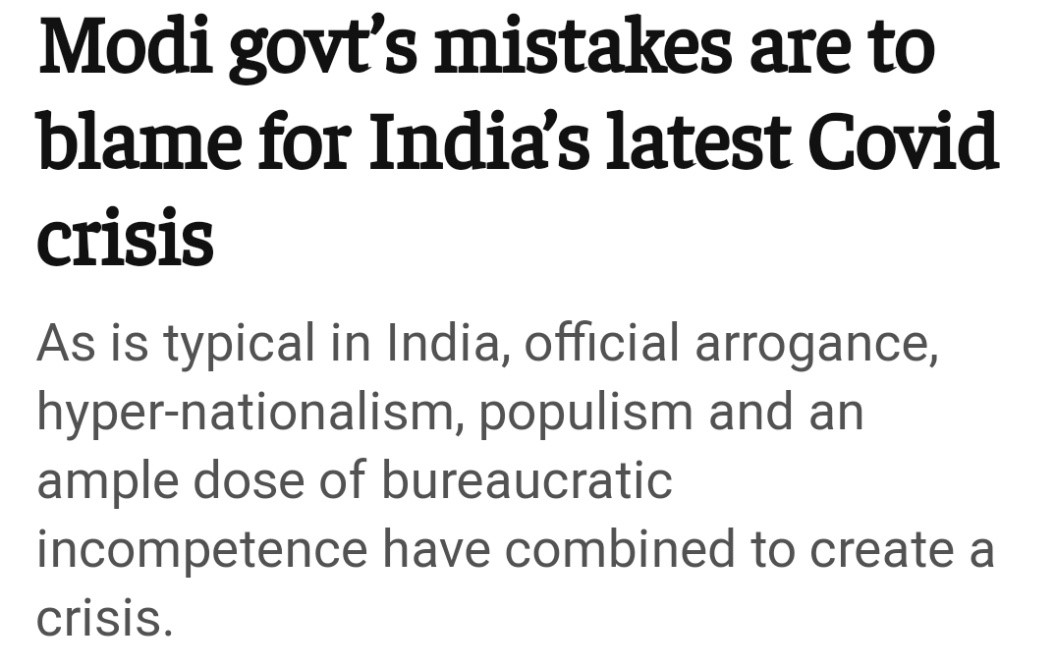 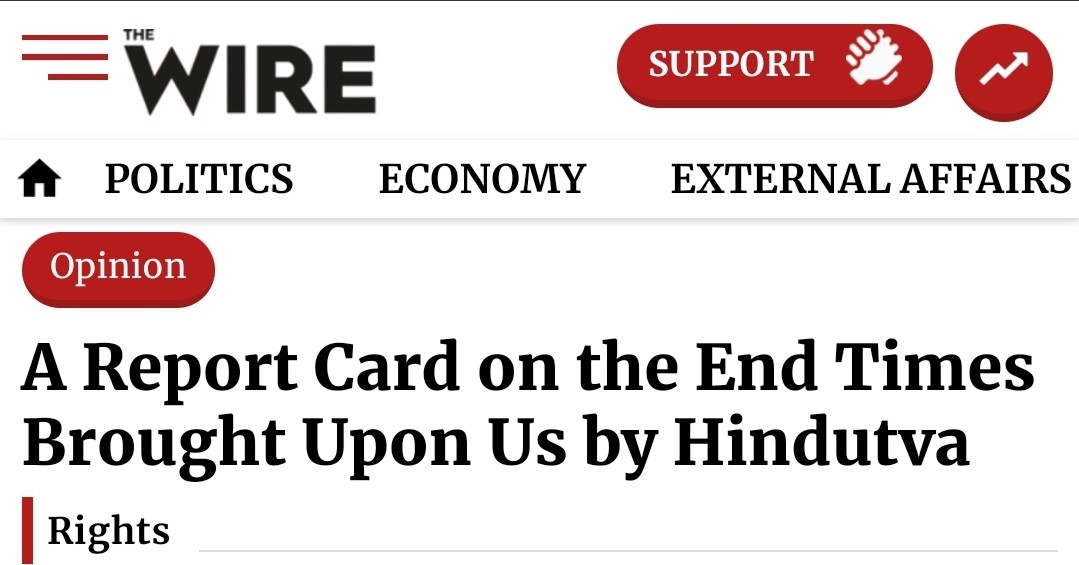 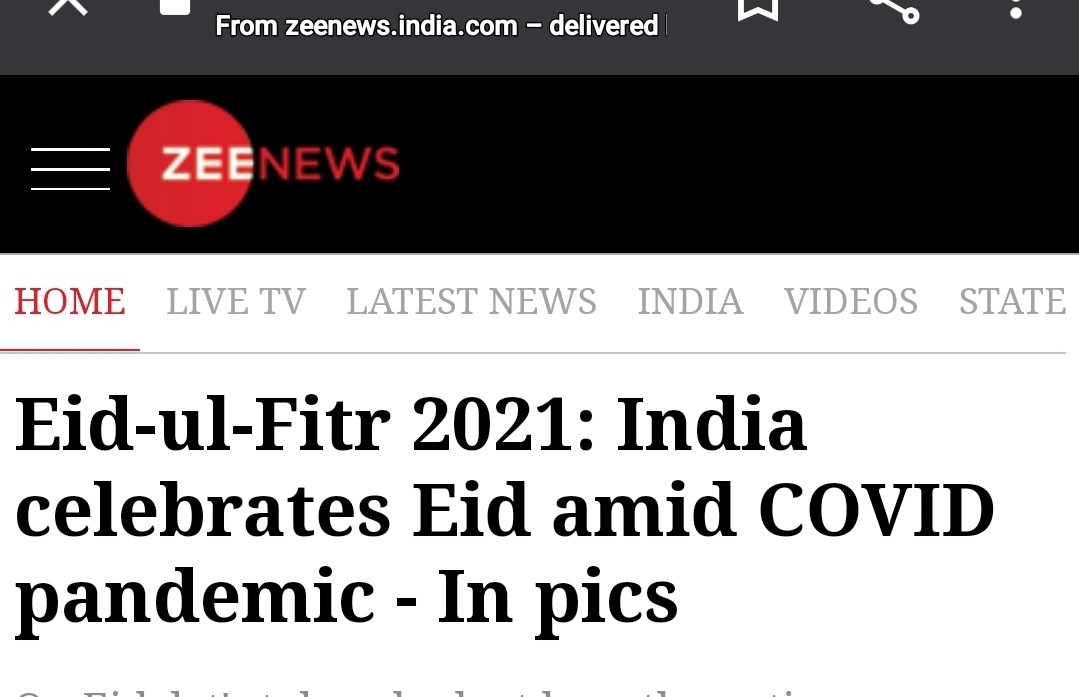 I am an entrepreneur who has tried her hands on various ventures like Electric Vehicle Charging Station , Online Retail Store / Trading and few more ventures. I have done my entrepreneurship from Amity University Noida.