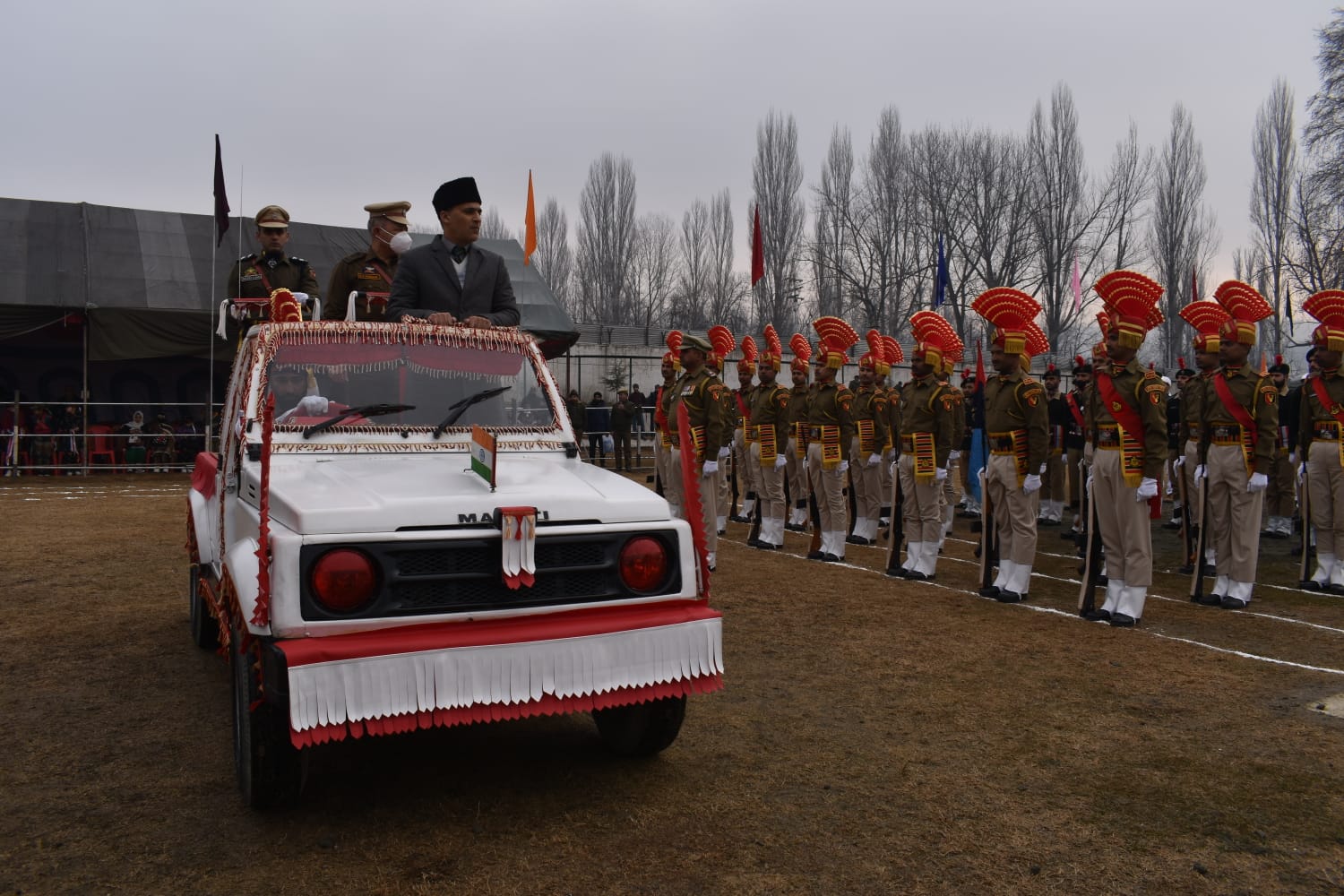 The march past was followed by colourful cultural programmes presented by Orchestra Team of DPL Baramulla and students of different institutions of the district.