There are dozens of lawsuits pending against Syngenta alleging the company’s paraquat products cause Parkinson’s Disease.

The Hoffman case also names Chevron Phillips Chemical Co. and Growmark Inc. as defendants. Chevron distributed and sold Gramoxone paraquat products in the United States in an agreement with a Syngenta predecessor called Imperial Chemical Industries (ICI), which introduced paraquat-based Gramoxone in 1962. Under a license agreement, Chevron had the right to manufacture, use, and sell paraquat formulations in the U.S. 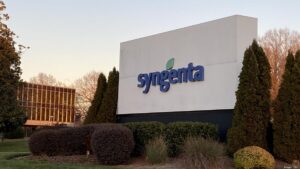 The IUF, Pesticide Action Network, and the Berne Declaration have been asking governments for a global ban on paraquat and also calling on the industry to stop the production and sale of this highly hazardous pesticide.

A study was conducted by the Pesticide Action Network on India in 2015. The report revealed that:

Last year, the VIMSAR, a major public healthcare centre for western Odisha and parts of Chhattisgarh and Jharkhand, had registered 157 deaths, mostly of farmers, since September 2017. The reason behind these deaths is the consumption of Paraquat — a herbicide used in agricultural fields. The tragedy stirred the conscience of young doctors, forcing them into the role of medical activists. 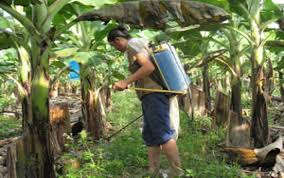 Cases of Paraquat Poisioning in India have been reported in Andhra Pradesh, Rajasthan, West Bengal in the last couple of years.

Paraquat is yet to be listed in the prior informed consent (PIC) of Rotterdam Convention, which is an international treaty on import/export of hazardous chemicals signed in 1998. India is party to the convention, which has 161 parties.

Several scientific studies have linked paraquat to Parkinson’s, including a large study of U.S. farmers jointly overseen by multiple U.S. government agencies.  Farmers use paraquat in the production of many crops, including corn, soy and cotton. The Agricultural Health Study (AHS) said it found that “exposure to agricultural pesticides may increase a person’s risk of developing Parkinson’s disease.” In 2011, AHS researchers reported that “participants who used paraquat or rotenone were twice as likely to develop Parkinson’s disease as people who didn’t use these chemicals.”

Heylings in a media report stated, that Paraquat was about to be banned in the 1970s because of the number of people who had died agonizing deaths from ingesting it. By claiming that the emetic would make paraquat safer to use they managed to keep paraquat on the market.

The interesting bit is today, all Syngenta paraquat-containing products include an emetic called “PP796.”  Liquid paraquat-containing formulations from Syngenta also include a stenching agent to produce a foul odor, and a blue dye to differentiate the dark-colored herbicide from tea or cola or other beverages. It hoped to persuade regulators across the world that the new formulation is a major advance in our attempts to overcome the paraquat poisoning problem. But PP796 wasn’t particularly effective in preventing people from dying.

But interestingly China has ban the sale of paraquat in China, even though Syngenta is a ChemChina subsidiary:

On 25th September, 2020, the Chinese Ministry of Agriculture and Rural Affairs issued a notice on the strengthened regulations related to paraquat-related businesses. The notice stipulates that only paraquat manufacturers with a paraquat technical concentrate production license and pesticide registration for overseas sales are allowed to produce paraquat. According to Announcement No. 269 issued by the ministry in this June, paraquat produced by paraquat technical concentrate manufacturers can only be exported and cannot be sold in China.

By 15th November, 2020, provincial agricultural administrations governing existing manufacturers with a pesticide registration certificate to produce paraquat for export purposes will report, to the Ministry of Agriculture and Rural Affairs, the results of their status monitoring of paraquat technical concentrate production licenses.

Paraquat is very toxic to human beings and there is no specific antidot, with mortality rates from oral poisoning being extremely high. Paraquat has been banned or restricted in more than 20 countries. Since 1st July, 2014, China cancelled the registration and granting of production licenses for paraquat AS, having also stopped production. However, the production of paraquat AS is allowed exclusively for export purposes. On 1st July, 2016, the sale and use of paraquat AS in China was banned.“

Syngenta dismisses all claims in numerous global media reports over the allegations. The Paraquat poisoning is a serious issue that the Indian government must look into and take cognisance.