New York: Concerned Hindus from across the globe are hurt over the use of the name ‘Brahma’ for a beer. Furthermore, Brahma beer commercials aired in select countries showcase sheepishly clad women promoting the alcoholic beverage.

Universal Society of Hinduism has written to the Belgium government and the Beer brewery Anheuser-Busch InBev to change the name of the popular beer.

“Creator god Lord Brahma was highly revered in Hinduism, and was meant to be worshipped in temples or home shrines and not to be misused as a “toasting” tool or selling beer for mercantile greed,” expressed Rajan Zed, President, Universal Society of Hinduism to certain sections in media in the US.

“It is inappropriate for anyone to use sacred and revered deities, symbols and beliefs of Hindus in such a crass commercial manner with poorly cladded women in commercials. Lord Brahma is sacred to Hindus and it is disrespectful to connect our religious deity with alcohol. This kind of religious appropriation is a sacrilege and also hurtful,” Zed further elaborated. 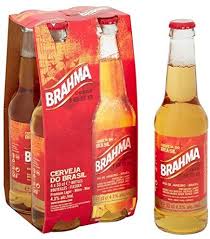