We live in a volatile world swinging from one extreme to another. And in this motion, lies the trend which guys in corner offices around the globe try to decipher (by connecting the dots). Their motive is simple. How to benefit by recognizing the trend early? Volatility is the fuel on which entrepreneurs across the world thrive. Embrace it or as they say in MBA classes, ‘ability to perform in a VUCA environment’ which is an acronym for volatile, uncertain, complex and ambiguous. This refers to a class of people who have subconsciously accepted the impermanence of their choices, both material and immaterial. Emotional Quotient (EQ), which is a fancy term used to describe this phenomenon, is often high for such people.

On the opposite end of the EQ spectrum lies another set of people who lookout for certainty in everything they do. They invest in FDs, buy houses to live in permanently (unlike as an investment option), work in the same company till retirement, maintain relationships with their friends and families and are emotionally attached to their tangible and intangible assets (ideas and beliefs). These kinds of people are what we colloquially call, people with heart. And they form most of the population. That’s the reason we have so many cults, beliefs and religions across the world.

Let’s try to understand the impact of a pandemic on the people across this EQ spectrum.

With the discovery of every new mutant (or shall we say invention!), the world is becoming more volatile and uncertain. And the toll of this uncertainty is highest for the people with low EQ (or emotional people). And this is, by far, the highest cost of this pandemic. We can verify this cost across various categories like health (both mental and physical), wealth, faith, etc. But for sake of simplicity, let’s check the veracity of this argument for wealth since it is easier to measure and abundant data is available in the public domain.

If we run a correlation between wealth and EQ, we shall often find people with higher EQ having garnered more wealth. Reason is simple. If we take emotion out of the business, profit making becomes the only objective.

If there are more people demanding medical oxygen, jack up the prices. Right to life is for those who can afford it. If the cost increases, downsize. Follow the trend. Rain deficit leads to lower production which in turn can impact the serviceability of Agri loans. Increase the interest rate or foreclose the loan.

Decision is simple if we keep the morality of the decision aside. And this is done best by the people with high EQ.

The current pandemic has provided a conduit for transfer of wealth from sentimental minds (low EQ) to logical brains (high EQ). And there are umpteen data points available to prove it. In simpler words, the rich have become richer and the poor, poorer. How?

When the pandemic hit the Indian economy, central banks across the world lowered the interest rate to near zero level. Lower interest rates encourage people to borrow and consume more which creates a ripple effect for the corporations to produce more. Corporates can further borrow money at lower rates to expand capacity, hire more people and increase production. That’s the main intention behind the ‘expansionary monetary policy’, a term used for lower interest rate regimes. However, the current pandemic has created so much panic and fear among the populace that the borrowed money has found its way into the share market across the globe. This is perhaps the biggest reason for the gravity defying stock prices of the listed companies in the pandemic hit economy when their sales have hit the 2018 level. Generally, stock prices and sales of the corporations have a direct correlation but in this case, it’s an inverse correlation.

And who bore the brunt of this lower interest regime? The middle class. How? Lower interest rate invariably leads to lower deposit rates. As the fund becomes cheaply available through the central bank (for India, it is RBI), commercial banks give lesser incentives to mobilize deposits. Since the start of the pandemic, FD rates have dropped to about 5% from 7%. Majority of Indian households (about 80%, by some estimates) invest their hard-earned savings into FDs and other deposit schemes of the government. While the return on FDs has declined, return on Sensex (stock market) has zoomed past 65% in a similar timeframe.

Another side effect of the lower interest rate, when it is not funneled into productive economic activities, is the rising cost of goods and services which is often represented by a term called inflation. Here, we must understand that the current inflation in the country is due to the twin factors of supply side constraints (due to lockdown for major part of the last financial year) and loose monetary policy of the RBI. When the cost of goods and services rises with no accompanying rise in income, fear reigns in the economy.

Therefore, it will not be wrong to conclude that the cheap money provided by the RBI has further deepened the divide between the rich and the poor. On one hand, the pandemic has opened a plethora of investment opportunities for the rich, while on the other hand, it has led to the liquidation of FDs and other deposits by the poor due to disease, job loss and inflation.

As per various media reports, the net profit of listed companies rose to a record level of Rs 1.5 lakh crore in the Dec 20 quarter. This is the highest profit ever registered by the listed Indian companies. However, the sales dropped by around 1% in the same quarter. How can one make a record profit by keeping the sales at a constant level? The answer is simple. By cutting the cost, either by laying off the employees (and overloading the squeezed workforce) or by negotiating its contracts with the vendors (which are relatively smaller and operations). In other words, big firms consumed the revenue of smaller firms to become even bigger. And when a small company loses revenue, it goes deep into further cost-cutting measures to stay viable which invariably leads to more job losses. As per Pew Research Center Analysis, about 32 million people have slipped below the middle class due to the pandemic induced downturn. This is another classic example of the flow of wealth from poor to rich.

The pandemic is still far from over and the scars of the deadly second wave are still vivid on our collective conscience. Only time can tell the full impact of this pandemic, however the cost distribution is highly skewed against the low EQ people. ‘Think with your brain but act with your heart’ has become a cliché. The pandemic has not only restricted our movement but has also constricted our heart. It has brought forth the question, what would you have, a larger brain or a bigger heart. And if it continues for a couple of more years, we all shall become heartless. 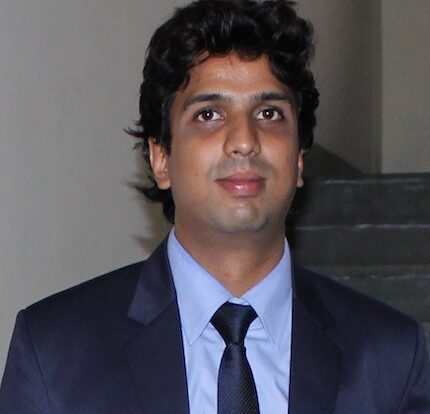