New Delhi: Narendra Modi has once again adopted a surgical strike methodology. This time however, it is a cyber surgical strike on China and its burgeoning market in India for mobile apps.

The MHA notification stated that the Ministry of Information Technology has received many complaints from various sources including several reports about misuse of some mobile apps available on Android and iOS platforms for stealing and surreptitiously transmitting users’ data in an unauthorized manner to servers which have locations outside India.

The compilation of these data, its mining and profiling by elements hostile to national security and defence of India, which ultimately impinges upon the sovereignty and integrity of India, is a matter of very deep and immediate concern which requires emergency measures.

This move will safeguard the interests of crores of Indian mobile users. This move is to ensure safety and sovereignty of Indian cyberspace. 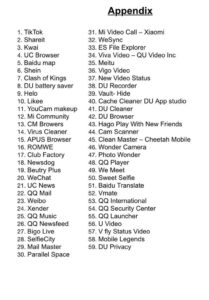