On August 7, 2008 Rahul Gandhi, General Secretary of the Indian National Congress (INC) and Wang Jiarui, Director, International Liaison Department of the C Communist Party of China (CPC) signed a Memorandum of Understanding (MoU) in the presence of the President of INC Sonia Gandhi who was also the Chairperson of United Progressive Alliance (UPA) I at that time, President of China, Xi Jinping who was then the Vice-President of China and Congress leader Anand Sharma.

But is the International Liaison Department of CPC only a China foreign policy influencer or is it a covert intelligence agency of China. GoaChronicle.com investigates

Here is a candid view of the International Liaison Department of CPC intelligence role which was provided in the Czech Intelligence Service BIS’s 2015 Annual Report -a copy of which is in possession of GoaChronicle.com: 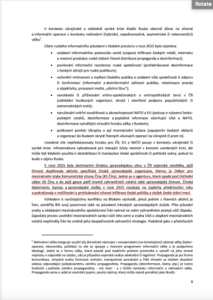 CCP’s International Department is an important and yet often overlooked unit of the China’s power and influence under the CPC. While the department was positioned for diplomacy with other foreign communist parties, the ILD-CPC has reshaped itself over the past 20 years as a flexible and alternative channel to traditional state-to-state diplomacy with other foreign parties globally not only communist parties. The department’s core objective is to use party-to-party contacts to help safeguard the country’s interests and facilitate state-to-state relations.”

In a report in 2016 by the US-China Economic and Security Review Commission – Chapter 2 ‘US – China Security Relations there is a brief attention drawn on International Liaison Department: 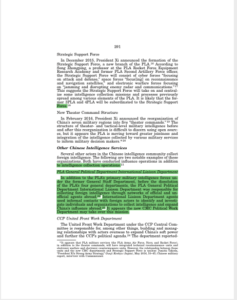 “Before the dissolution of the four general departments of the PLA, International Liaison Department under the General Political Department of PLA was responsible for collecting foreign intelligence through networks of official and unofficial agents abroad. ILD agents used informal contacts with foreign actors to identify and investigate individuals and organisations to collect intelligence and expand China’s influence abroad.”

Furthermore in 2009, the office of the Director of the National Intelligence identified the Chinese Liaison Office (International Liaison Department as a ‘major collector’ of intelligence against U.S. interests.

ILD of the CPC was a relatively obscure and clandestine brand of the party but today in its present status as an open, active participant in the implementation of Chinese foreign policy.

The Secret CIA Report shockingly reveals that ILD although a Party Department although a party department, was off status comparable to numerous branches of the State Council (Government). Its primary responsibility was to maintain contacts with friendly Communist Parties in Communist-ruled countries, and to find, nurture and develop pro-Chinese sentiment wherever it was found. In this capacity, it often worked hand-in-glove with overseas MFA personnel in the embassies. At the same time. it is clear from the available evidence that the MFA and ILD kept their functions carefully separated. ILD personnel were of a “higher status” and better paid than were those of government bodies, because the ILD was a Party organisation.”

Two organisations have historically been involved in covert action, a strategy that China has come to avoid. One is the International Liaison Department, which is controlled by the PLA’s General Political Department. Responsible for establishing and maintaining liaison with communist groups worldwide, the liaison department used such links to foment rebellions and arm communist factions around the world during the Cold War. More recently it has used this network for spying rather than covert action.

When Sonia Gandhi met with Wang Jiarui, Director of the International Liaison Department of CPC on 28/11/2007 during his visit to New Delhi:

During that meeting according ILD-CPC records: Sonia Gandhi told Wang Jiarui that after coming back from China she briefed her party on her visit and the developments and changes China has undergone. She affirmed that the Indian National Congress will continue its efforts to further promote the development of relations between the two countries through its friendly ties with the CPC. The two sides should look to the future and intensify their efforts to increase exchanges between the youth of the two countries, and enhance mutual understanding between the two peoples, she said. She expressed her belief that the friendship between India and China will become a positive factor for peace and prosperity of this region and the world at large.

On his part, Wang Jiarui said that the successful visit by President Gandhi has unfolded a new chapter for relations between the two parties and two countries. We will go all out to implement the agreement reached by the leaders of the two sides, strengthen party-to-party exchanges, and inject new dynamism to the development of China-India strategic cooperative partnership, Wang said.

On August 7, 2008 Indian National Congress signed a Memorandum of Understanding with Communist Party of China. To quote Wang Jiarui own words, “We will go all out to implement the agreement reached by the leaders of two sides, strengthen party-to-party exchanges and inject a new dynamism to development of China-india strategic cooperative partnership.”